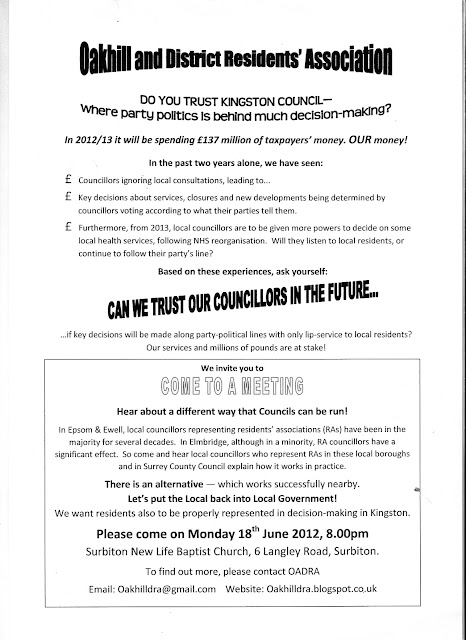 we have reached week 17 of the project. Already a quarter of the way through! Over the past few weeks we have been battling against the wettest April and early May in history. As you can appreciate this has made progress difficult as conditions were far from ideal for digging out a basement in London clay! Our main priority was to make sure that this difficulty did not impact on the roads surrounding the site and we employed a stringent wheel wash regime at the site entrance.

However the sun is now out and hopefully we can look forward to a glorious Summer. The last couple of weeks has certainly improved progress and the general mood on the site. The crucial step forward in progress is that we have built the first section of the building to come out of the ground. The south west wing now has walls (don’t worry they aren’t going to stay blue!) and the first floor slab is in progress. So far we have poured over 500m3 of concrete and laid over 400m of drainage.

Over the next two weeks we will be continuing with the basement slab and underground car park while progressing with the first floor to the South West wing.
The site will be closed over the long weekend and will not open again until Wednesday 6 June.

Have a good holiday.
yours sincerely

INVITATION to Residents, Businesses and other stakeholders

The Council has received funding from Transport for London (TfL) to review traffic arrangements throughout Ewell Road.
You are invited to attend a Working Group meeting to let us know what improvements to traffic, parking and other transport issues you would like to see in Ewell Road, between St. Mark’s Hill and Douglas Road
This will be held on:
Thursday 21st June in Dysart School, Ewell Road, Surbiton
Two identical sessions will be held, beginning at 6pm and 8pm respectively and you are invited to attend at the time which suits you best.
Each session will begin with a short presentation, followed by a discussion of the issues. The scope of the project includes:
• Improving crossing facilities for pedestrians at junctions
• Considering options to improve parking turnover at shopping parades.
• Reviewing bus stop locations.
• Lamp columns, cycle racks, seats and bins and other street furniture
• Measures to smooth traffic flow.
If you would like to attend the Workshop, please book a place through the following:
e-mail: liam.judge@rbk.kingston.gov.uk
telephone:             020 8547 5901
We do hope you are able to come along to the workshop. If you are unable to attend and have an issue you would like to raise, or you would like to be kept informed of future meetings, please contact me using the details given above.
Liam Judge
Project Engineer, Traffic Management & Design
Royal Borough of Kingston upon Thames
Posted by Oakhill at 13:05 No comments:

1. Minutes of last meeting
Approved, after amendment of figures relating to numbers in Surbiton Hill ward.

2. Matters arising not on current agenda
Graham had made contact with Star & Garter Homes.  Regular updates about the new home in Surbiton were being received, and Ciaran is posting those on the website.

Robert will chase up the Council regarding Tudor Lodge, at the end of April.

Robert had sent a letter to the Council regarding development of the Filter Beds site, expressing several concerns.

It was decided to retain the name OADRA.  Other names, such as SHARP, might be useful later on, if there is an umbrella RA for Surbiton Hill ward.

It was agreed to post minutes, once agreed, on the website. It was suggested that photos should be added to the website to make it more inviting and interesting.

It was agreed to circulate a short monthly newsletter by email, with matters of local interest.  Alan agreed to start doing this.  People could email OADRA to be added to the mailing list, in order to be kept informed.

Graham agreed to meet with Ciaran to discuss the website and learn how to update it, since Ciaran is often very busy.

11. Core Strategy/ Borough Plan – purchasing copies
The Council had adopted the Core Strategy.  This is part of its Local Development Framework (LDF), or “Local Plan”.  There was now a challenge period.  Alan will request two hard copies from the Council.  The CS will now be used for assessing planning applications.

8. Speakers for June meeting
Robert had arranged for Eber Kington, a leading councillor in Epsom & Ewell (and also in a minority group in Surrey County Council), to come on 18th June to explain how being a Residents’ Association councillor works in practice.  Robert intended to ask Ruth Lyon from Elmbridge to come also.

Alan agreed to try and book the .  If that is not available, a different venue will be needed.  Currently, building work is under way at the Church.

9. Co-ordination with other RAs
Robert/Alan will send an email to other RAs inviting them to come on 18th June.  Robert will prepare a letter explaining the purpose of the meeting.

10. Bank Account
Robert will open a bank account in the name of OADRA.  It was agreed to have 4 or 5 people authorised to sign (since it is difficult to change subsequently), with two signatures being required for a cheque.

3-5. Finalising, Production and Distribution of Flyer
The majority of the meeting was taken up with a discussion about the focus and content of a flyer, to send to all residents in Oakhill.  Originally, it was going to be a recruitment drive for members, but the intention was also to publicise the meeting on 18th June.  It was felt that it should not try to convey several messages.

A draft was discussed, and many suggestions put forward. Ken was thanked for the work he had put in.  It was agreed that the focus of this flyer should focus on publicising the meeting, and on why RA councillors are needed.  Other future communications could focus on ascertaining residents’ top concerns and priorities.

Alan agreed to circulate an updated draft, based on the suggestions of the meeting.  Alan, Robert and Paul will finalise a flyer before the meeting in May.

It was agreed that it would be best to print about 1200 copies on yellow paper, depending on cost. Graham will check the costs and possibilities for printing.

It was agreed to distribute the flyer in early June (or very end of May if it is ready).

7. Dates of Future meetings and venues
Dates confirmed as the third Monday of each month, i.e. 21st May, 18th June, 16th July, no meeting in August, 17th Sept, etc.

Alan was waiting to book the , since building works were under way.  It had been hard to contact anyone.  Therefore, venues will be confirmed soon.
Robert will visit St. Matthew’s School to see if they would allow us to hire it for free.

12. AOB
Graham had met Tom Barnes, the reporter responsible for covering Surbiton in the Surrey Comet.  He was interested in OADRA’s objective of working towards RA candidates in local elections, and had drafted a story, which Graham read out.  Graham will keep in touch with him, and hopes that Tom will publish a story in June.

Graham reported that the large oak tree outside the Oakhill Health Centre had just been cut down.  The Council said that the tree was diseased and in a dangerous condition.  Graham had written to Ben Morgan at the Council, asking for a copy of the tree surgeon’s report.  It was costing £2100 to remove the tree, and a sapling will be planted to replace it in November.
Posted by Oakhill at 13:03 No comments: